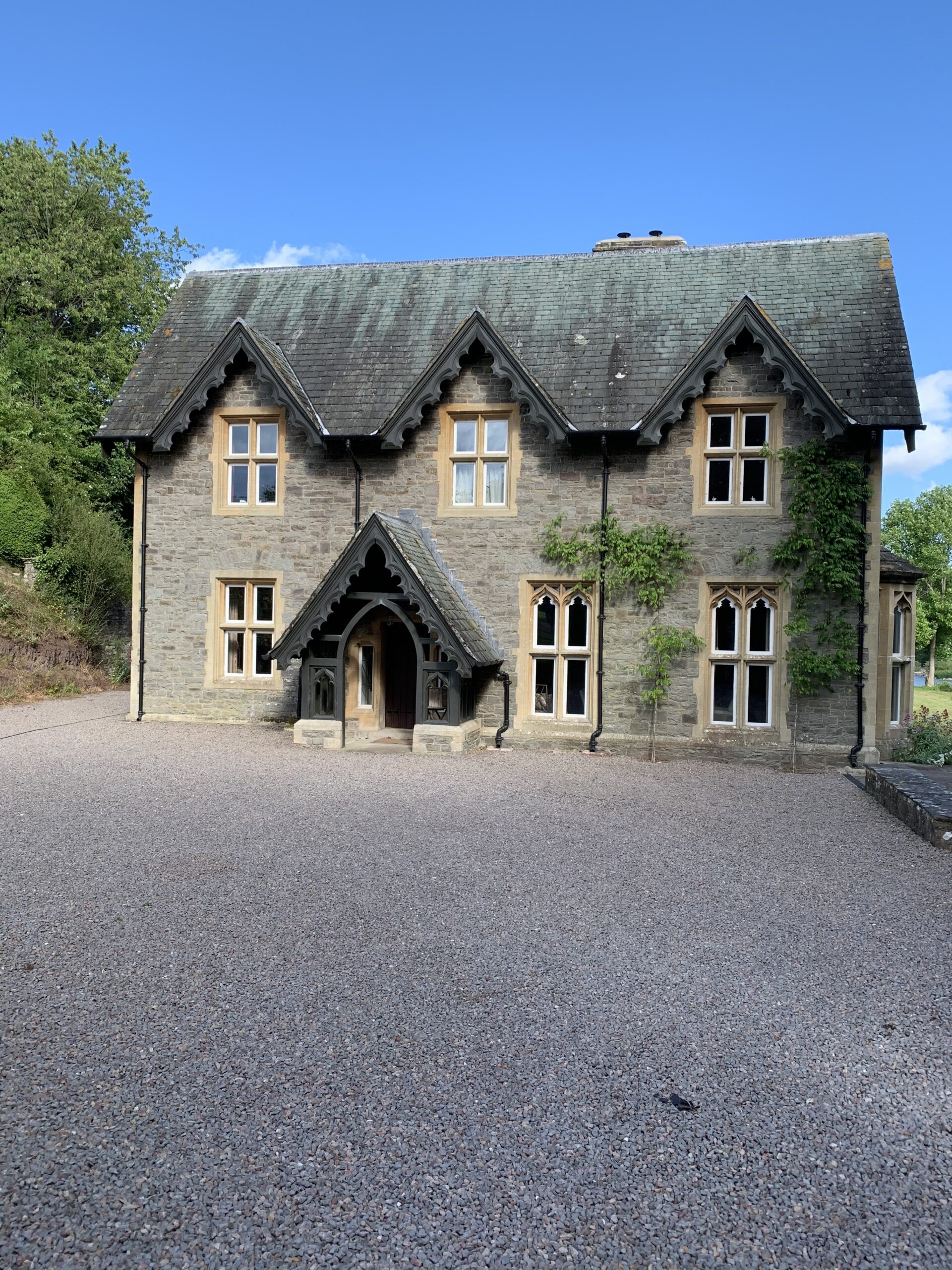 The land on which the de Winton family built their rectory came into the family in 1833 when Walter bought the Fowke properties in Boughrood and Llanstephan.  There was a cottage called Llain Pwllyn on the old track along the river to Glasbury (now part of the Wye Valley Walk) which is still visible at the downstream end of the house.  Edward Fowke lived in Llain Pwllyn while he was agent for the Maesllwch estate but when Walter decided that the house would become the site for his new Rectory, no doubt because of its position on the river bank as it is over half a mile from the church, he added a Georgian house on to the cottage.  Walter’s son Henry was a more committed Rector who made the Rectory his home: thirteen of his fourteen children (seven boys and seven girls) were born in the house from 1849 onwards, which necessitated enlarging it even further.  He employed C. H. Howell, the architect for the new church at Boughrood, to build a new wing with Gothic windows and bargeboarded gables on at the north-west end of the house in 1851.  The stonework shares many of the features of the church.  Henry also had the stable built on the edge of his walled garden. 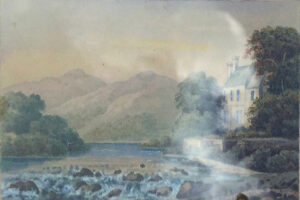 As well as their many children, the de Wintons kept an indoor staff of a nurse and a nursemaid, a cook, a kitchen-maid, a house-maid and a parlour-maid – the 1861 census has six servants and eight members of the family living in the Rectory – and despite his private income Henry had to take in paying pupils to add to the family funds, most often consisting of young Oxford undergraduates intending to go into the church.  An early ‘reading party’ included Charles Dodgson, better known as Lewis Carroll, author of Alice in Wonderland; Henry’s friend Francis Kilvert of Clyro, wrote in his diary on 5th December 1871 of a lecture in Hay by George Venables on ‘the German Empire’ to which de Winton and four of his pupils walked through the snow from Boughrood to attend.  Henry de Winton remained in Boughrood until 1881 when, by now Archdeacon of Brecon as well, he moved to a new house living in Llandrindod Wells.  His successor in Boughrood was the Reverend Jackson-Taylor, whose two daughters lived in the house until the 1960s.